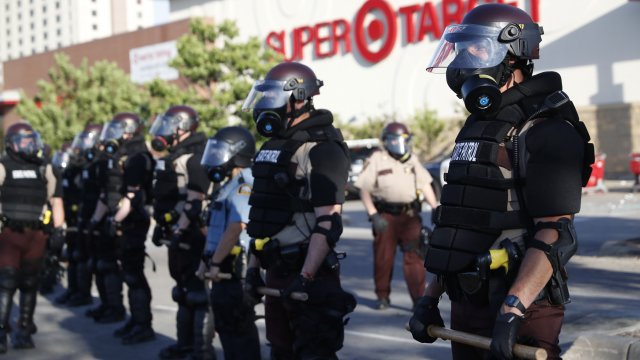 An NBC News analysis found the neck-restraint tactic that ultimately killed George Floyd has been used by the Minneapolis Police Department at least 237 times since the start of 2015. Forty-four of those resulted in unconsciousness.

Experts say while there isn't enough use-of-force data available to compare cities to Minneapolis, those numbers are high. Those same experts said neck-restraint tactics are no longer taught because of their "inherent life-threatening potential."

A Minneapolis city official told NBC the tactic is not allowed by the police department. However, its use-of-force manual posted online suggests otherwise, saying neck restraints should only be used on suspects who are "actively resisting."

Surveillance video has shown George Floyd did not appear to be resisting arrest on May 25. Minneapolis police officer Derek Chauvin pushed his knee into Floyd's neck for more than eight minutes. He was unresponsive for nearly three minutes of that. Floyd could previously be heard telling officers he couldn't breathe during the restraint. An independent autopsy Monday found Floyd died of "asphyxiation from sustained pressure."