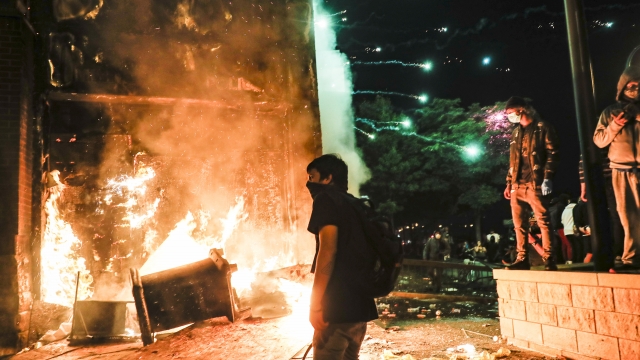 Minneapolis Mayor Jacob Frey has issued a curfew amid citywide protests over the death of George Floyd.

More than 500 Minnesota National Guard soldiers arrived in the Twin Cities region late Thursday as protests over the death of Floyd continued.

Demonstrators entered and set fires to the Minneapolis Police Department's 3rd Precinct building, which officers had evacuated. The four police officers who were fired over Floyd's death had worked at the 3rd Precinct.

Police officers attempted to disperse crowds of protesters near the station by firing pepper spray and using batons. Some protesters responded by throwing projectiles.

Thursday night's protests came after prosecutors announced they were still investigating Floyd's death. One of the officers has since been charged with third-degree murder and manslaughter.