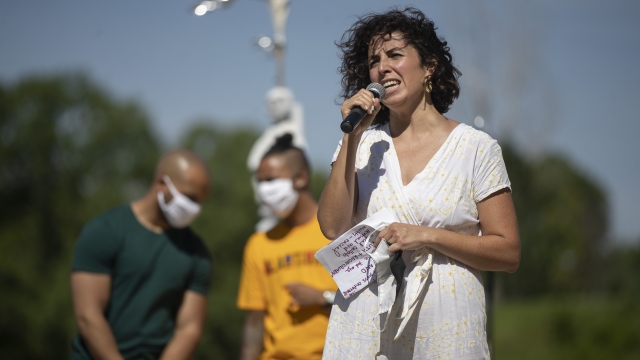 A change like this would likely require a change to the city's charter, which requires the Minneapolis city council to fund a police force.

Minneapolis City Council President Lisa Bender and other council members made their pledge at a community rally Sunday.

The city's police department has drawn intense criticism since George Floyd died in police custody in late May. His death has sparked mass protests around the world against racial inequality and police brutality.

Minneapolis Mayor Jacob Frey was booed out of a different rally earlier in the weekend after he rejected calls to defund the police department. Frey reiterated his stance Sunday after the city council members made their announcement.

In a statement, he said he'll work with Minneapolis' police chief and the community "toward deep, structural reform and addressing systemic racism in police culture."

While Frey could veto the city council's decision, members say they have enough votes to override his veto.

But a change as big as dismantling the police department won't be simple, since the city's charter requires the council to fund a police force. A change to the charter would likely have to happen through a voter referendum during Minneapolis' next election.