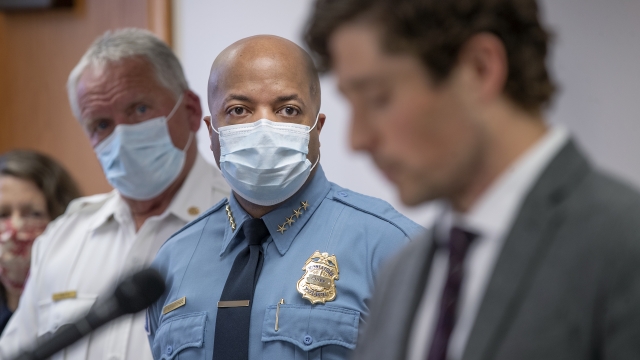 SMS
Minneapolis Agrees To Ban Police Chokeholds, Require Intervention
By LeeAnne Lowry
By LeeAnne Lowry
June 5, 2020
It's a result of negotiations with the state's Department of Human Rights.
SHOW TRANSCRIPT

Minneapolis agreed on Friday to ban its police from restraining people using chokeholds.

It also will require police officers to report and intervene when another officer uses any sort of neck restraint.

Additionally, police will have to get authorization from a superior to use weapons such as rubber bullets, flash-bang grenades and batons for crowd control.

The new agreement is a result of negotiations with the state's Department of Human Rights. The department announced Tuesday it was launching a civil rights investigation into the Minneapolis Police Department following the death of George Floyd.

Floyd died when a police officer pressed a knee on his neck for almost nine minutes. Three other officers were present but did not intervene.

The leader of the investigation said its goal is to negotiate a consent decree with the city that courts could enforce with injunctions and financial penalties. The agreement still has to be approved in court.