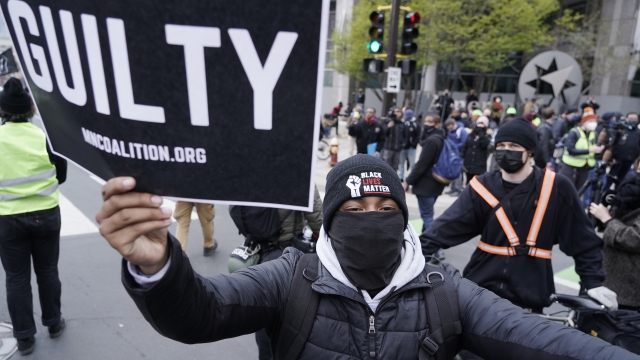 "Power to the people. I hope this is the first step in a very long line of change," Janiya Edwards, a Minneapolis resident, said.

As demonstrators celebrated, calls were made to the Floyd family and their attorney Ben Crump in congratulation -- including one from President Joe Biden.

"This could be our first shot at dealing with genuine systemic racism," President Joe Biden said on the phone.

But while the verdict marks a climax in a nearly monthlong trial, many say this decision is just the start of a new chapter.

"It is accountability, which is the first step towards justice. And now the cause of justice is in your hands," Minnesota Attorney General Keith Ellison said.

"I'm looking for the laws changing. The rules that allowed this to happen," Toshira Garraway, a Minneapolis resident, said.

That's a sentiment that is being shared by lawmakers in D.C.

"Nothing can ever bring their brother or their father back, but this can be a giant step forward toward justice in America," President Biden said.

Lawmakers, advocates and activists are all calling for the Senate to take up the George Floyd Justice In Policing Act, which passed the House of Representatives in March.