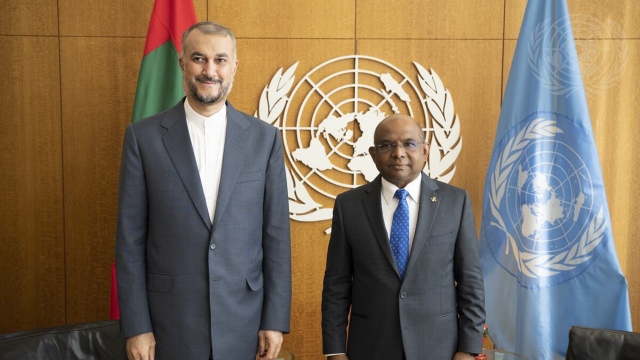 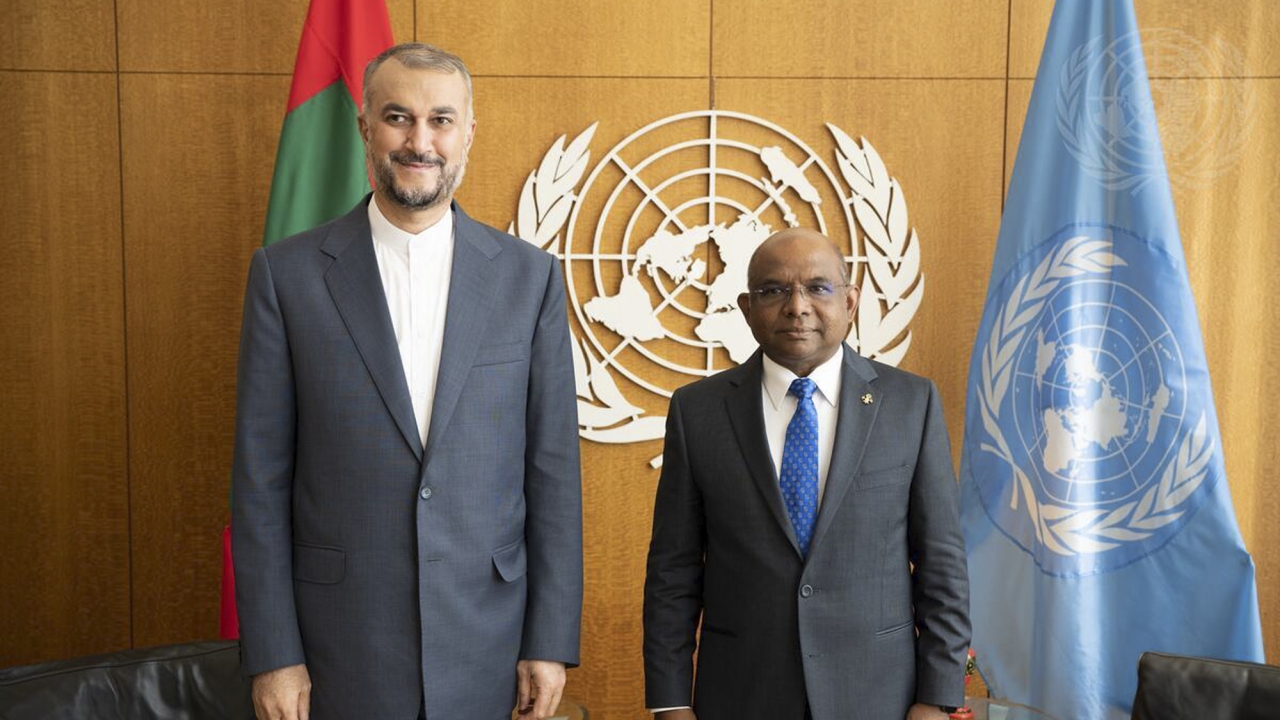 Iran's new foreign minister said Friday the country will return to nuclear negotiations "very soon," but accused the Biden administration of sending contradictory messages — saying it wants to rejoin the 2015 nuclear deal while slapping new sanctions on Tehran and not taking "an iota of positive action."

Hossain Amir Abdollah said the government, which took power last month, believes that President Joe Biden "keeps carrying close to his heart the thick file of the Trump sanctions against Iran, even while seemingly pursuing negotiations."

Former President Donald Trump routinely denounced the nuclear accord as the "worst deal ever negotiated" and withdrew from the agreement in 2018 after an ill-fated attempt to bring the other parties — Britain, France, Russia, China, Germany and Iran — on board with additional restrictions. After withdrawing, Trump embarked on what he called a "maximum pressure campaign" against Iran, re-imposing all the U.S. sanctions that had been eased under the deal and adding penalties.

In a media briefing on Iran's new foreign policy, Amir Abdollah was very skeptical about the Biden administration's real intentions, stressing that actions are more important than "empty but beautiful words," and so is "the comportment" and "behavior" of the United States toward Iran.

Iran's top diplomat sharply criticized additional sanctions imposed by the Biden administration, as well as its refusal to give a green light for Iran to access millions of dollars of its money frozen in South Korea and Japanese banks to buy COVID-19 vaccines and medicine, and suddenly asking Britain to stop payment of 42-year-old debts.

While "standing up new sanctions against Iran," he said, the United States can't keep speaking of returning to the nuclear deal, even holding bilateral talks with Iran, and criticizing Trump policies. This includes telling Iran — through diplomatic channels — that President Biden wouldn't have ordered the U.S. airstrike that Trump did in January 2020 which killed Iran's top general, Qassem Soleimani.

Recalling that Iranians have a long, rich history and ancient civilization behind them, Amir Abdollah said "the United States of America must speak with a civilized tone and tongue with the people of Iran, not the language of threats, of pressure and sanctions." The past 42 years, since the Iranian revolution, have "made clear the language of threats will not work against the great people of Iran."

Biden and his team have made a U.S. return to the deal one of their top foreign policy priorities. The deal was one of President Barack Obama's signature achievements, one that aides now serving in the Biden administration had helped negotiate and that Trump tried to dismantle.

Amir Abdollah said the new government is reviewing the files of the nuclear negotiations in Vienna and will return to the talks "very soon" because constructive negotiations can lead to "tangible, verifiable results." He added, "We see negotiations as an essential and important tool of diplomacy."

The Biden administration implored Iran on Thursday to quickly return to talks on its nuclear program, which were suspended in June ahead of the Iranian elections, warning that the window for negotiations may soon close.

A senior administration official, who briefed reporters on condition that he not be identified by name, said U.S. patience is wearing thin and that further delays while Iran continues to expand its nuclear capabilities, including enriching uranium to higher levels, could lead Washington and its partners to conclude a return to the landmark nuclear deal is no longer worthwhile.

U.S. State Department spokesman Ned Price, speaking to reporters in Washington, said the Biden administration has seen the foreign minister's statements that Iran will return to negotiations "very soon" but hasn't received clarity "on what precisely that means."

"For our part, we are ready to return to Vienna and to conclude our negotiations quickly before the window of opportunity to return to the JCPOA closes," he said. "We have made very clear that we are ready to do so ... and it's important to pick up those talks where they last left off in June." He said the other JCPOA parties have also agreed on the need "to resume talks as soon as possible."

Amir Abdollah said Iran's expectations are that all parties return to the Vienna negotiations and then fulfill their commitments under the 2015 agreement in "a complete and verifiable" way.

On Iranian foreign policy more broadly, the foreign minister said, Iran wants contacts and has set agendas with all countries around the world except Israel, which Iran does not recognize. That includes with its regional rival Saudi Arabia, he said.

"Good, constructive conversation is ongoing between Tehran and Riyadh," Amir Abdollah said, and Iran has made "dynamic proposals" toward ending the six-year war in Yemen and restoring peace to the region's poorest country which is facing the world's worst humanitarian crisis.

Following the Taliban takeover of Afghanistan on Aug. 15, the minister said, Iran has been supporting and working toward the formation of an inclusive government in that country.

"Have no doubt," he said, "that if they wish to continue their previous language towards Iran and previous comportment towards Iran, the hands of the Islamic Republic of Iran will not remain tied."