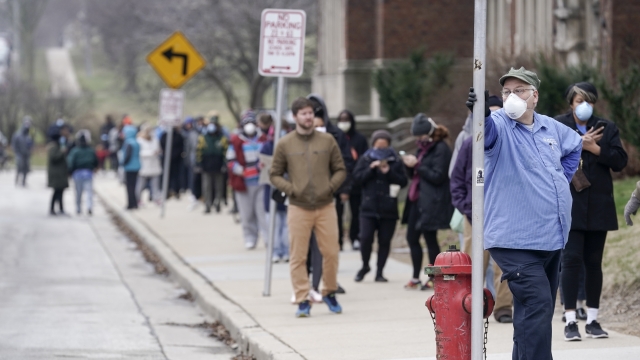 Milwaukee says at least seven new cases of COVID-19 in the city stemmed from Wisconsin's presidential primary on April 7.

On Monday, health officials said the cases appeared to be linked to election-related activities and that they expected to have more information later this week.

Voters account for six cases; the other was a poll worker. Wisconsin's conservative Supreme Court ordered the election to proceed over the objections of the governor, and Tuesday marks 14 days since voters went to the polls — the same amount of time it typically takes for virus symptoms to appear.

State health officials said they have not yet seen any evidence linking in-person voting to new infections. But they plan to use Wisconsin's Electronic Disease Surveillance System to determine whether emerging cases can be traced back to the election.

Nearly 19,000 people cast ballots in person in Milwaukee, and officials estimate about 3,700 voters came to each of the city's five polling stations, where they reportedly waited in line for hours. Milwaukee Mayor Tom Barrett said the increased risk of exposure was why some officials were "so adamant" about postponing the election.