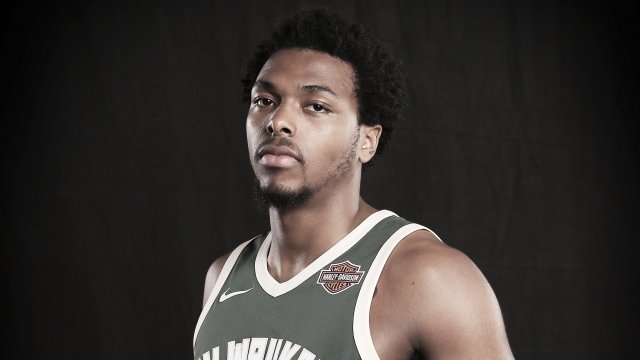 Milwaukee Bucks player Sterling Brown shared his thoughts on being tased and arrested by Milwaukee police shortly after the department released footage of the incident on Wednesday.

Brown was detained in January after parking in a handicap zone. The footage shows him being forced to the ground, tased and arrested. Milwaukee's chief of police has since apologized for the incident. He said the officers involved acted "inappropriately" and have been disciplined.

Brown wrote on Twitter: "What should have been a simple parking ticket turned into an attempt at police intimidation, followed by the unlawful use of physical force. ... Situations like mine and worse happen every day in the black community. Being a voice and a face for people who won't be heard and don't have the same platform as I have is a responsibility I take seriously."

The Bucks organization also put out a statement Wednesday saying: "Unfortunately, this isn't an isolated case. It shouldn't require an incident involving a professional athlete to draw attention to the fact that vulnerable people in our communities have experienced similar, and even worse, treatment."

Concern over police brutality within the Milwaukee Police Department prompted protests in 2016 after an officer was acquitted in the fatal shooting of man who was running from him.

Brown said he plans to sue the department.