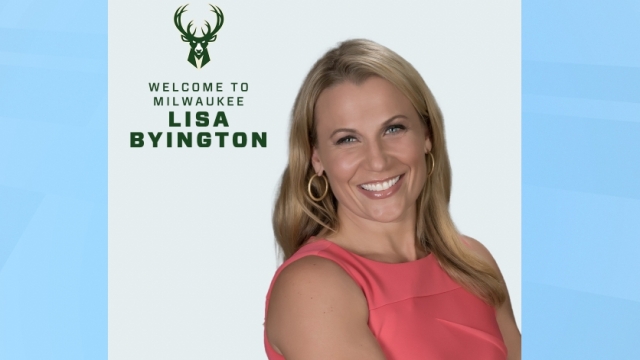 The Milwaukee Bucks are making history again but this time it's off the court and in the TV broadcast booth.

The Bucks have chose Lisa Byington as their lead announcer for TV broadcasts. She will become the first woman play-by-play announcer for a major men's professional team.

I am honored, humbled, and beyond excited for this opportunity and to get this started! https://t.co/02CpAHcEQb

In the spring, she also became the first woman to call play-by-play for the men's NCAA basketball tournament for CBS and Turner Sports. She also recently worked during the 2021 Tokyo Olympic Games.