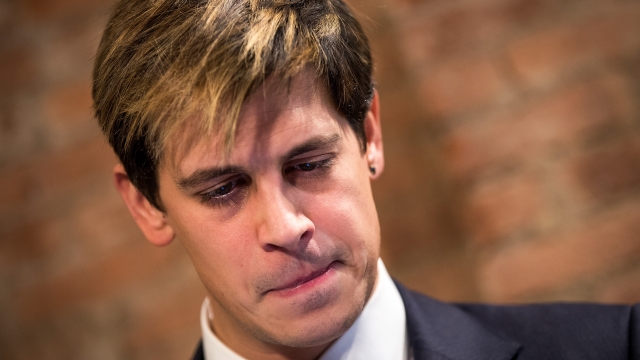 Milo Yiannopoulos has resigned from his position at Breitbart News after statements he made about pedophilia and sex with minors circulated through the media.

"If I knew someone around my age that was like, 'I just had sex with a 13-year-old,' I would be creeped out. Honestly," one of the hosts told Yiannopoulos.

"What is your age?" Yiannopoulos asked.

That's a short clip from the "Drunken Peasants" podcast, posted in January 2016.

In that same interview, he also discussed comments he'd made earlier on the Joe Rogan Experience podcast regarding his childhood abuse by a Catholic priest.

Those clips were recently circulated by the Reagan Battalion, a conservative blog, with the intent of blocking Yiannopoulos from speaking at the Conservative Political Action Conference.

It was successful — CPAC withdrew its speaking invitation to Yiannopoulos. Hours later, publishers canceled his book. 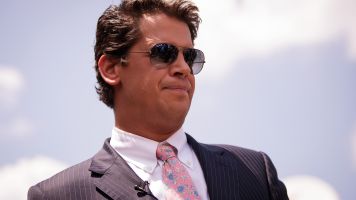 In a now unlisted Youtube video, Yiannopoulos apologizes for his language and for not being clear on his views.

"I phrased things poorly, and I enabled my detractors and critics to assemble material that looked very damning but does not reflect my opinions. So for that, I'm sorry," he said.

In the press conference announcing his resignation, he also said he would start his own independent "media venture" and look for other publishers for his book.