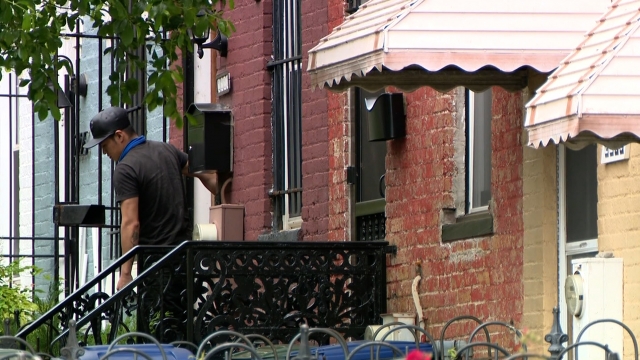 SMS
Rent Relief Funding Goes Unspent As Renters, Landlords Struggle
By Axel Turcios
By Axel Turcios
August 6, 2021
Congress alotted nearly $50 billion to pay landlords amid the pandemic, but some states and localities have struggled to disburse it.
SHOW TRANSCRIPT

Many Americans await anxiously for federal aid money to pay thousands of dollars in back rent.

Nohemi Rojas is one of them.

"My application [was submitted] June 23. This is very slow," she said.

Rojas lives in Queens, New York. She requested help from the Emergency Rental Assistance Program, and yet she has not received any. Now, she and her children could lose their place to live.

"I don't want to be homeless outside because I get scared on the streets," Rojas' daughter Yoseline Diaz said.

Landlords are also on the edge of losing their properties.

One in New York, Clarence Hamer, said, "It's unfair to small independent landlords."

The state of New York received nearly $3 billion from the Emergency Rental Assistance Program – yet the state has only doled out less than 1% of the funds.

Congress approved nearly $47 billion to pay landlords as tenants fell behind on rent. As of June 30, only $3 billion of the total had been distributed.

Other places seem to be getting around the red tape to deliver the aid.

"In total, we have paid out $33 million in direct awards and $38 million in total obligations," she said.

Part of the problem is that states and localities were required to set up their own programs to disburse the funds. Some didn't have the resources and infrastructure, though authorities say it's starting to move faster and advise people to apply.

First — there is more than $40 billion in federal funding available, even after the moratorium ends. And if your state has its own program, you may submit an application to the state’s Emergency Rental Assistance Program. In some states, tenants must provide a signed, written declaration to their landlord showing that they've tried to obtain assistance. That application could be used as a defense against eviction for a full year.

The Consumer Financial Protection Bureau has a tool to help you find rental relief.  Visit consumerfinance.gov/coronavirus.

One important thing to note: You can apply for mortgage and rental assistance. If you're approved, you could get up to 18 months covered.