MIllions Of Texans Without Power In Freezing Temps 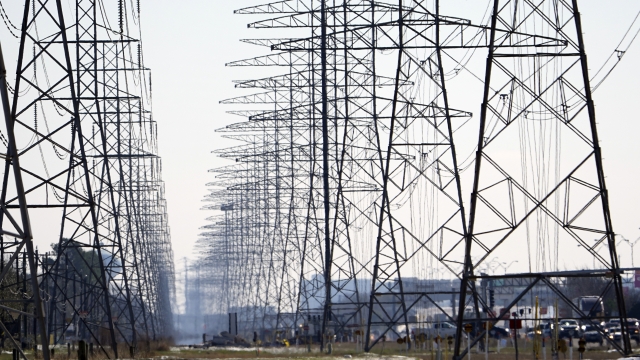 SMS
MIllions Of Texans Without Power In Freezing Temps
By Newsy Staff
By Newsy Staff
February 17, 2021
The state's energy grid is under public scrutiny.
SHOW TRANSCRIPT

Historic winter weather has caused a dangerous situation for millions of people without power.

In Texas, the cold snap has caused outages for nearly two days now.

Texas officials have requested 60 generators from the Federal Emergency Management Agency for hospitals and nursing homes.

The state has opened 35 warming shelters.

"It's pretty bad that as Texans we just can't prepare for cold," said Brian Porreca. "Every other part of the country this would not been even an issue."

To put it simply, Texans are mad. And the state's energy grid is under public scrutiny.

The Electric Reliability Council of Texas, which controls nearly 90% of Texas' energy production ordered rolling blackouts across the state because it couldn't keep up with the demand for heat.

Critics say Texas is the only state that uses its own power grid, which allows it to skip over some federal regulations, like cold-weather capabilities.