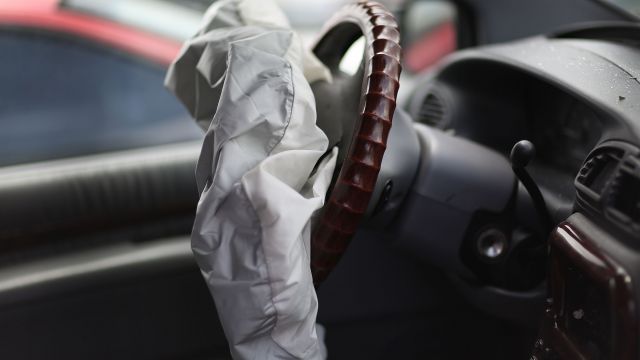 It's been more than a year and a half since defective Takata airbags first made headlines, so how are all those necessary repairs coming along? Awful. At least according to the U.S. Senate.

A Senate Committee on Commerce, Science and Transportation investigation found not only are millions of cars still unrepaired, but dealers are knowingly selling brand-new cars equipped with defective airbags.

The airbags are being recalled because they're not manufactured with a drying agent that compensates for humid weather conditions. That combined with time, temperature cycles and environmental factors could cause the airbag to deploy with excessive force.

The recall started with only 7.8 million affected vehicles but has ballooned to somewhere between 63 and 68 million vehicles.

As of March 2016, the recall completion rate for automakers across the country ranges from 0.04 percent to 39.5 percent. To be fair, the low completion rate isn't solely on the dealers, as it's the responsibility of the car owner to make an appointment to get the repair.

But the cars that have been repaired aren't even in the clear. In more than 2.1 million vehicles repaired so far, dealers have just installed newer versions of the same type of recalled Takata airbag. Eight major automakers plan to continue to use Takata replacements.

The National Highway Traffic Safety Administration says that's only a temporary solution. All those cars will need to be repaired again before December 2019.