Study: Millions Of Diabetics Won't Have Access To Insulin By 2030 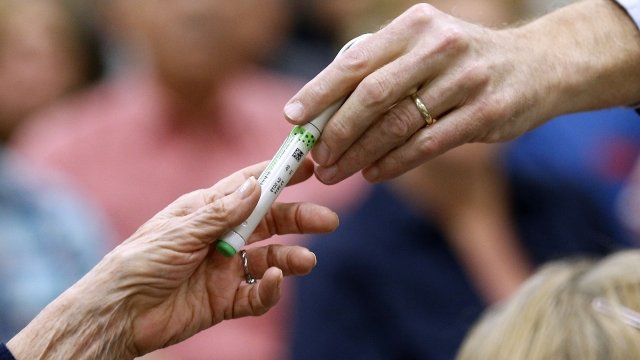 SMS
Study: Millions Of Diabetics Won't Have Access To Insulin By 2030
By Ahmed Jawadi
By Ahmed Jawadi
November 21, 2018
More than 40 million diabetics worldwide are predicted to lack access to insulin by 2030.
SHOW TRANSCRIPT

A new study predicts tens of millions of diabetics from around the world won't be able to get insulin injections by 2030.

The study estimates the number of people with Type 2 diabetes will increase from more than 400 million in 2018 to nearly 511 million in 2030. Of that number, 79 million are predicted to need insulin to manage their condition. But if current levels of access stay the same, the study projects only half of them will be able to get it.

Researchers say insulin access will need to drastically improve to keep up with the growing demand, especially in poorer African and Asian countries, where insulin can be scarce and too expensive for many people.

The study recommends that governments worldwide take steps to make insulin more available and affordable for those in need.