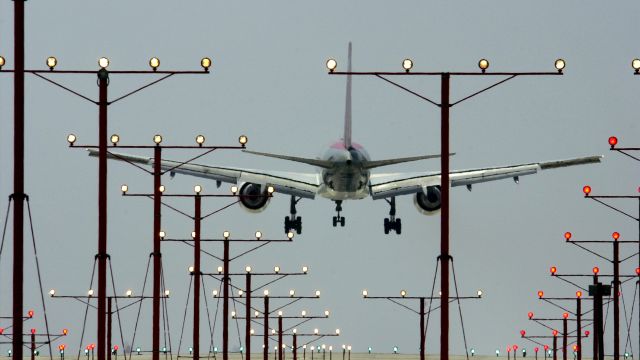 SMS
Millions Of Birds Could Be Saved Thanks To This Change By The FAA
By Katie Link
By Katie Link
March 24, 2016
The FAA implements new red lights on towers after studies found birds are distracted by them, are attracted to them and fly straight into them.
SHOW TRANSCRIPT

For pilots, they're a safety beacon; for birds, they're a death wish. We’re talking about red static tower lights.

According to a 2012 study, some 6.8 million birds die each year in the U.S. and Canada because of the red lights on communication towers. The birds — specifically migratory birds — are distracted by them, they're attracted to them, they get exhausted circling them, they run into them ... well you get the picture.

After being pushed to make some changes, the Federal Aviation Administration set up a test in Michigan to see if flashing the red lights on top of those towers helped reduce bird fatalities.

Turns out, it did. Flashing the red lights proved fine for smaller towers, but experts found they could omit the red lights altogether on towers over 351 feet.

Don't worry — the experts also made sure that the flashing light system was safe for pilots trying the land planes.

Now the FAA is implementing flashing red lights across the nation. All new towers will be outfitted with the flashing lights, and older towers will gradually be changed too.

As for what we do about the birds that just straight up fly into planes? Hopefully that's next on the list.