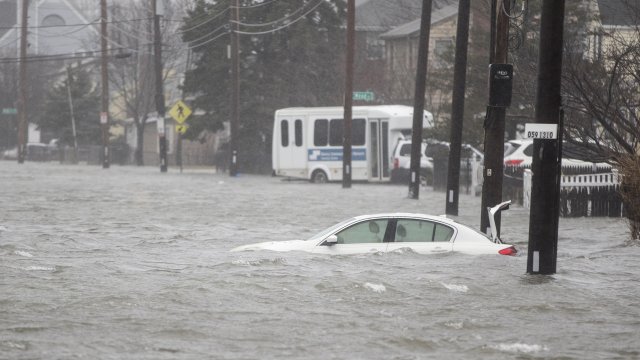 SMS
Millions More People At Risk Of Climate-Related Coastal Flooding
By Briana Koeneman
By Briana Koeneman
October 29, 2019
According to a new study published Tuesday, 300 million people are currently living on land that will be vulnerable to annual flooding by 2050.
SHOW TRANSCRIPT

Researchers say coastal flooding due to climate change will affect around 300 million people around the world by 2050. That's three times more than they previously thought.

The study was produced by Climate Central, a U.S.-based non-profit climate organization. In previous studies, it showed about 80 million people would be affected. But new, more precise radar and satellite imaging shows that many more people are currently living on land that could be vulnerable to annual flooding.

The study says China, Bangladesh, India and Vietnam are at the most risk here. And multiple big cities — including Shanghai, Bangkok, Amsterdam and Miami — will be flooded.

But researchers say those estimates could be significantly lower if we take action to reduce carbon emissions. The study found rapid emission cuts would save 50 million people around the world from annual coastal flooding by the end of the century.