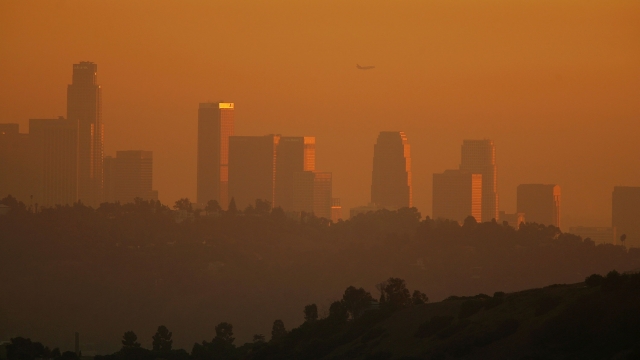 Millions more Americans are breathing polluted air, according to the American Lung Association.

The group's annual State of the Air report found that more than 141 million people in the U.S., or four in 10 people, live in areas with unhealthy air pollution. That's 7 million more Americans than last year's findings.

The data also showed that cities across the U.S. had more days with hazardous air quality, which is a national standard determining unhealthy air conditions.

Los Angeles weighed in at the top of the list for having the worst ozone pollution. That's been the case for almost all of the association's past reports.

To be clear, the survey looks at ozone and particle pollution levels from previous years; in this case, from 2015 to 2017. Those were also the three hottest years recorded globally.

Researchers say the findings add to a growing body of evidence that climate change is "making it harder to protect human health." Experts agree that pollution can lead to adverse health effects like asthma, other chronic illnesses and a shortened life span.

Even though the 2019 report shows more people living in the U.S. have been exposed to polluted air, it's still lower than the 2016 figure: 166 million Americans.

The study's authors say the federal Clean Air Act has been key in making progress on pollution reduction, and it should continue to be enforced.