Super Tuesday Is Here, But Millions Have Already Voted 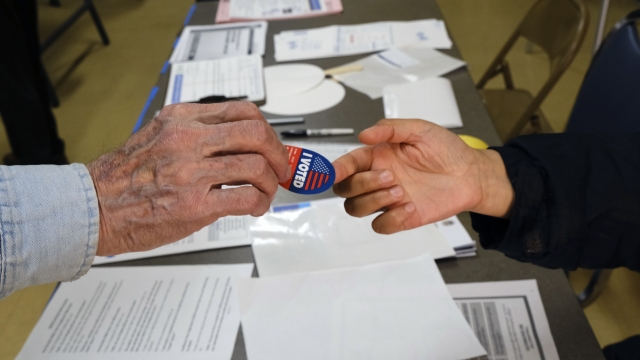 "Today I am ending my campaign and endorsing Joe Biden for president," said Sen. Amy Klobuchar.

Joe Biden got dozens of key endorsements heading into Super Tuesday, but millions of Americans in those 14 states have already voted.

Every state allows people to vote early using absentee or mail-in ballots. Some states go beyond that and offer in-person early voting. But voting early can have some drawbacks, especially when candidates start dropping out of the race.

As of Monday, in California and Texas more than 2.6 million Democratic ballots had already been turned in. Early voting in those states began weeks before Super Tuesday — meaning some of those people could have voted for candidates who are no longer in the race.

Take Colorado as an example, where nearly 620,000 Democrats submitted their mail-in ballots ahead of March 3. The state's election website warns that people who voted early can't change their vote. And Supporters of Sen. Amy Klobuchar, or home-state Sen. Michael Bennet won't even have their votes counted because both submitted withdrawal forms to Colorado election officials.

The other looming question after candidates drop out is what happens to their pledged delegates? Some states automatically reallocate them to other presidential hopefuls. And sometimes the candidates who dropped out can release their delegates and allow them to support someone else at the national convention.