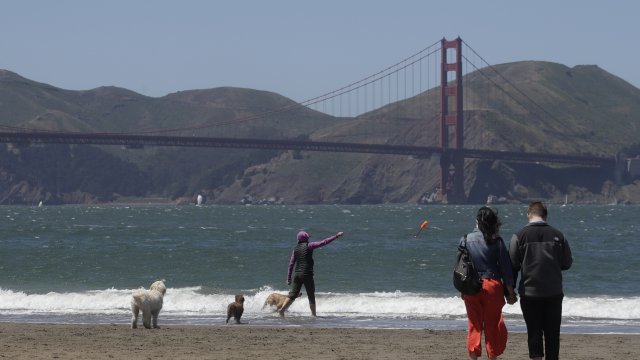 Many have already escaped to suburban and rural areas as quarantine changes the dynamics of city living.

There’s no shortage of data showing millennials love living in big cities. But the COVID-19 pandemic could disrupt that steady trend.

“Now that I’m in isolation and I’m not able to do the other things that brought me joy or distracted me during these tough winter months that Chicago has, that’s really brought to light that I can’t handle living in the city if I don’t have those things,” said Hannah Landolt, 26.

Landolt has lived in Chicago for three years, working in media advertising. After quarantining in the duplex she shares with two roommates, she says she’s considering moving out of the city.

“During quarantine, it’s felt a lot smaller because we’re there all the time,” Landolt said.

A combination of amenities and job opportunities has long attracted millennials to urban metros. But those areas come with steep tradeoffs, like small apartments. And they don’t come cheap, either — so many split the cost with roommates.

Since the beginning of the pandemic, city dwellers across the country have escaped to more spacious suburbs or rural areas until lockdowns are lifted — leaving questions about what this means for the real estate market. But Skylar Olsen, senior principal economist at Zillow, says we shouldn’t expect an urban flight just yet.

“We’re not talking about Brooklynites-turned-rural-homesteaders. We’re talking about a potential price boom, or at least more price pressure, on those amenity-rich, outlying communities,” Olsen said.

Think college towns, vacation towns, and smaller urban metros, already equipped with the amenities to satisfy an incoming cohort of high-earning residents who can now work from home.

Still, the rate of homeownership among millennials is lower than it was for their parents when they were the same age. That’s largely due to financial hurdles like student debt and wage stagnation, even with record-low interest rates.

“This current economic crisis is going to be another challenge for this generation to experience,” Olsen said.

Being cooped up in a small apartment may not trigger a bump in homeownership among millennials, but it could dull the attraction to America’s biggest urban enclaves.