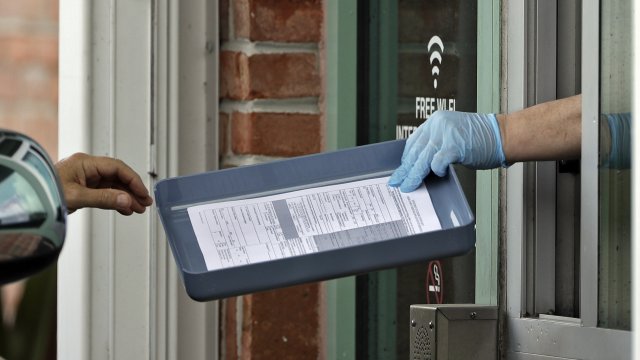 The millennial generation is facing yet another "once-in-a-lifetime" financial crisis, this one triggered by the COVID-19 pandemic.

“I’m a little bit worried. Does this become the norm?” said Glenn Stempeck.

As a millennial who was born at the beginning of the generation, Glenn Stempeck has seen a lot, from the dot-com bubble in the early 2000s to the Great Recession years later — which decimated his demographic. Now, economists say we’re likely in the middle of another recession.

He’s certainly not alone in those losses. In fact, a study from the St. Louis Fed shows the net worth of a typical family headed by a millennial is 34% below the level expected. It also shows those families lost ground on accumulating wealth years after the recession ended.

The tech bubble and the financial crisis in the early 2000s weren’t caused by a pandemic, but the impacts may be similar. COVID-19 has already led to millions of job losses and a massive fall in business activity, with economists unable to wholly predict what’s to come.

White House senior adviser Kevin Hassett, who previously served as the chairman of the Council of Economic Advisers, recently gave dire predictions for the economy.

“I think the next couple of months are going to look terrible. You’re going to see numbers that are as bad as anything that we’ve ever seen,” Hassett said.

Politicians in Washington hope several rounds of stimulus bills will help soften the blow for struggling workers and businesses. But trillions of dollars are being added to the national debt. Some millennials worry that could be another crisis in the making.