Pro-Life Millennials Are Optimistic About Winning Over Their Peers 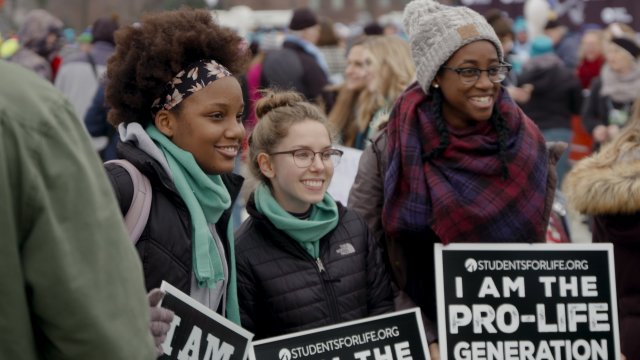 Thousands descended on Washington to attend this year's March for Life, including lots of young people who say that millennials will be the generation to lead the change on abortion law in the U.S.

"I truly do think that we're the generation of life, and I think we're going to make a huge impact," said Kaitlyn Smith, a high school student who traveled from Missouri to attend the march.

Despite some mild fluctuations over time, most polling shows that Americans remain split on whether abortion should be legal. And typically, millennials are depicted as a key part of the abortion rights movement.

Polling shows the overwhelming majority of 18- to 29-year-olds are in favor of legal abortion in all or most cases. But many who came to march in Washington say they have a momentum on their side that often doesn't show in the polls.

Regardless of what any of the polls say, abortion is still an incredibly divisive issue in Washington. While there used to be pro-life members on both sides of the aisle, the number of pro-life Democrats has dwindled. And there hasn't been any federal law passed that significantly restricts abortion in over a decade.