Millennial Drivers Are More Reckless Than Teens Behind The Wheel 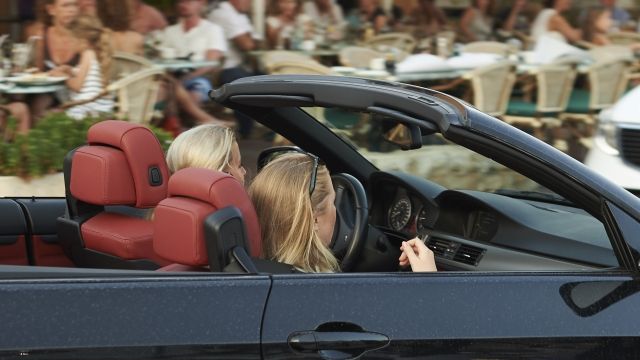 SMS
Millennial Drivers Are More Reckless Than Teens Behind The Wheel
By Briana Koeneman
By Briana Koeneman
February 15, 2017
According to the AAA Foundation for Traffic Safety, millennials are more likely than teenagers to engage in many risky driving behaviors.
SHOW TRANSCRIPT

Teenagers have long been deemed some of the worst drivers on the road.

But it turns out young millennials may be even bigger highway hazards.

A new report released by the AAA Foundation for Traffic Safety says millennials between the ages of 19 and 24 are the most likely to engage in risky behaviors while behind the wheel. We're talking about texting and driving, speeding, and running red lights.

In fact, 88 percent of young millennials surveyed admitted to engaging in at least one risky behavior while driving in the past 30 days.

The foundation's executive director said, "It's critical that these drivers understand the potentially deadly consequences of engaging in these types of behaviors and that they change their behavior and attitudes in order to reverse the growing number of fatalities on U.S. roads."

A majority of drivers said they are concerned about road safety. But some drivers in almost every age group considered at least one of the risky driving behaviors acceptable.

According to AAA, more than 35,000 people were killed in car accidents in 2015. That's a 7 percent increase from the previous year.