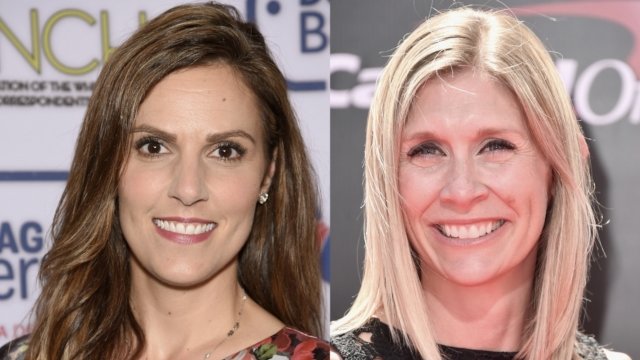 Responses to NFL players protesting during the national anthem have been mixed — even among military widows.

Taya Kyle, the widow of U.S. Navy SEAL sniper Chris Kyle, criticized the league for its "desire to focus on division and anger."

In an open letter published to Facebook, Kyle wrote about how she once saw the NFL as a unifying force and urged players to "get off your knees and get to work on building bridges."

Kyle's comments came not long after the widow of former NFL player and Army Ranger Pat Tillman shared a different stance on the controversial issue. 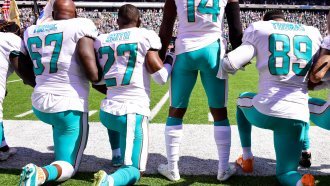 Marie Tillman spoke out after President Donald Trump shared a tweet that included an image of her late husband along with the hashtags #StandForOurAnthem and #BoycottNFL.

She said in a statement to CNN, "The very action of self expression and the freedom to speak from one's heart — no matter those views — is what Pat and so many other Americans have given their lives for."

In just four days, Trump tweeted over a dozen times, repeatedly condemning NFL players who kneel during the national anthem as a form of protest.

"I think it's a very important thing for the NFL to not allow people to kneel during the playing of our national anthem, to respect our country and to respect our flag," Trump said during a news conference.

NFL Commissioner Roger Goodell called Trump's remarks "divisive," adding they "demonstrate an unfortunate lack of respect" for the league and its players.