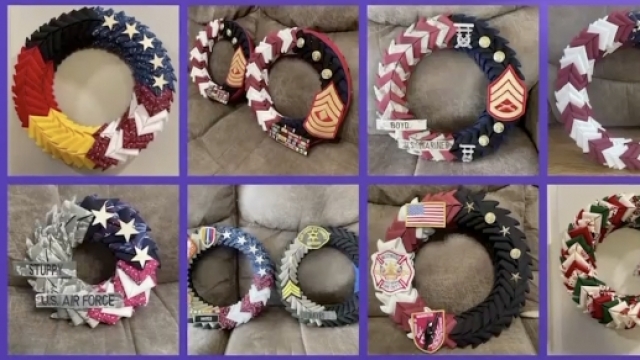 Have you ever wondered what happens to military uniforms once a service member becomes a veteran?

Usually people donate them or just throw them away, but now there's another option of having them turned into a wreath.

When Air Force Staff Sergeant Nicole Zettlemoyer isn't protecting our country, she spends her time designing holiday wreaths and some of the uniforms she uses date back to WWI.

The idea for the design came in Dec. 2020 while she was visiting her mother in New Jersey after she was diagnosed with ovarian cancer. 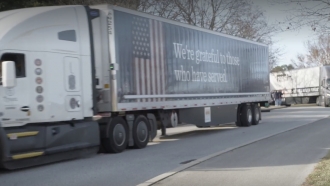 "She was in the throws of some of her chemo, so it was really nice to feel normal to do something with her because she couldn't really go out," Zettlemoyer said. "It was nice to do crafting. We always used to craft when I was younger so it's really sentimental."

The two continued to collaborate until her mother passed away in July 2021."It's really nice to kind of just have her memory," Zettlemoyer said. "Because of her, this all came to fruition and it's a really pleasant reminder of that."

So far, she has made 900 wreaths representing each branch. One was purchased by Air Force Chief Master Sergeant Joanne Bass — the first female senior enlisted leader of any U.S. military service.

Zettlemoyer says she had to shut down her website after receiving over 200 orders in less than 10 days, but she has hired two people to help her keep up with the demand for her unique holiday decor.