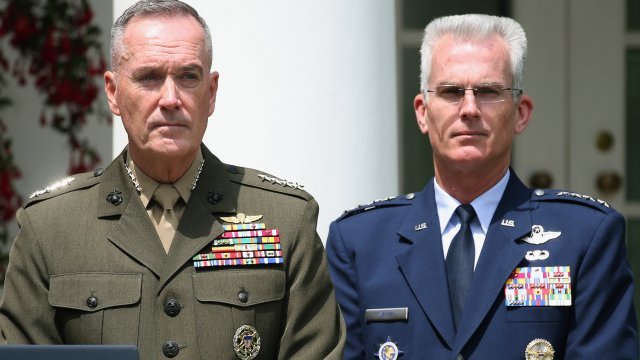 The U.S. military says it's capable of destroying "most" of the infrastructure associated with North Korea's nuclear missile program.

U.S. Air Force Gen. Paul J. Selva suggested Tuesday the U.S. is capable of destroying North Korean facilities and said: "Remember, missile infrastructure is not just the missiles. ... If you're the poor sergeant that has to go out and launch the missile, and I blow up your barracks, you're not available to go do your job."

North Korea has been making rapid advancements in its missile technology. In November, it launched a ballistic missile it claims is capable of striking the entire U.S. mainland.

But Selva said it was "possible" but "unlikely" the country has mastered a guidance system for specific targeting.