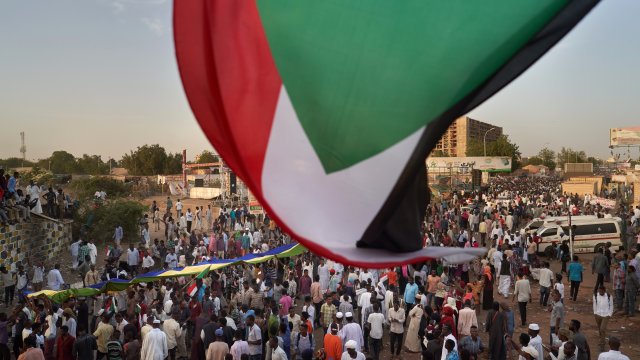 Military leaders in Sudan admitted their own officers had killed 100 protesters on Monday. Several officers are now in custody.

"Once again, we regret what happened. There were some deviations in the military command's plans," the spokesman said.

Now, more than two months after President Omar al-Bashir was removed, ending a 30-year rule, the clashes are only escalating after succession talks failed. Talks between the main opposition group and the military broke down nearly two weeks ago. The TMC is aligned with the former president. The opposition wants a civilian-led government.

"We had a great deal of hope when Mr. Bashir was finally removed, and now that hope has been replaced with violence."

Kildee, who represents a large Sudanese community in Michigan, is leading a bipartisan group to pass a resolution "condemning the attacks on peaceful protesters" and encourage a transition of power.

"If Sudan wants to be part of the community of nations, if it wants any sort of relationship with the United States, they have to return to civilian-led transitional government and hold democratic elections; allow the people of Sudan to express themselves freely without fear of violence, persecution or death; allow the freedom of religion; allowing for news media to cover what's taking place," he added.

Right now, none of that is happening. The total death toll is unknown. Many of the murdered have been hidden out of sight, some reportedly thrown into the Nile River.

The U.S. does not appear to be directly intervening. But the State Department has appointed Ambassador Donald Booth as special envoy to Sudan, and State officials have met with TMC leaders. Assistant Secretary for the U.S. Department of State's Bureau of African Affairs Tibor Nagy says he demanded  civilian attacks end; that the military withdraw from Khartoum and allow for an independent investigation of the June 3 attack; and stop the repression of free speech and the internet. Nagy didn't say whether the TMC agreed to any of these requests, but did express support for the opposition's efforts "to bring a civilian-led transitional government and create a better future for Sudan."