Military To Weed Out Extremists With Tattoo Database, House Visits 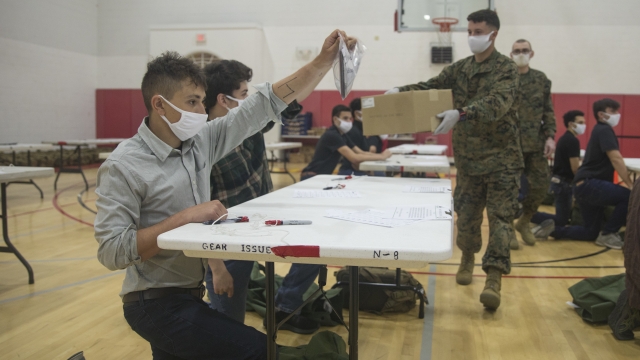 SMS
Military To Weed Out Extremists With Tattoo Database, House Visits
By Terace Garnier
By Terace Garnier
March 9, 2021
Plan to weed out extremists before they join the military called "an effectiveness of the force issue."
SHOW TRANSCRIPT

The U.S. military will begin using a tattoo database, social media searches and even house visits to identify extremists before they try to join the military. The new push comes as more than 30 veterans are charged with crimes during the January capitol riot.

"It’s not like its a new problem. What January 6th brought to light is how much it is a problem among the veteran community. It’s clearly something this secretary is focusing on," Pentagon press secretary John Kirby said.

The threat of White supremacy, now a main focus inside the Pentagon.

White supremacists are responsible for about half of all domestic extremist murders in the past decade, according to the Anti-Defamation League.

"If we have this type of racism, discrimination, hatred, and extremism within the ranks, it undermines the effectiveness of our entire military, so this is a readiness issue. This is an effectiveness of the force issue. And one that we need to get after,” said Rep. Adam Smith (D) Wash.

The military is now making more than half a dozen recommendations to fight extremism in the ranks.

Six have been implemented so far, focusing on more stringent recruiting techniques and closer scrutiny from the FBI.

"We need to figure out what is extremism and what isn't. I think you could very easily brand a lot of things with the extremism label, without thinking them through. I think we need to understand what it is specifically, and we want to discourage people from engaging and be clear on that," Smith said.

Defense Secretary Lloyd Austin says he’ll report progress to congress before the end of this year.