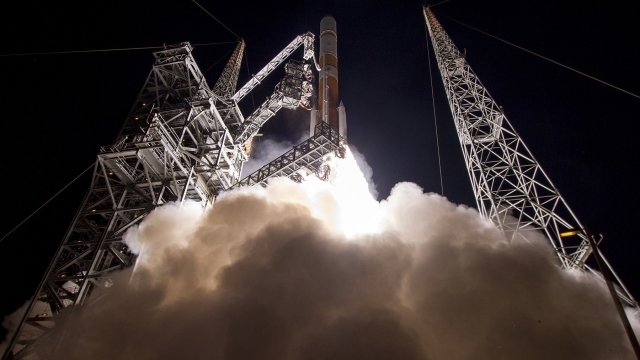 SMS
Trump, Military Experts Don't See Eye To Eye On Space Corps Proposal
By Tyler Adkisson
By Tyler Adkisson
March 16, 2018
The military has relied on satellites for communication and other efforts, but the government wants to strengthen our military's presence in space.
SHOW TRANSCRIPT

Trump and some U.S. representatives are pushing for a branch to strengthen the country's military presence in space. They say China and Russia are better equipped to conduct those operations and that the U.S. will lag behind unless it puts more resources in space defense.

In the past, the government has weighed proposals for a Space Corps as part of the U.S. Air Force, which has overseen the military's space operations since the 1950s. But top Air Force officials say Congress doesn't give them the funding they would need for such a project. 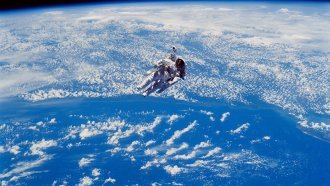 The U.S.' highest ranking military official also spoke out against the idea of a Space Corps. Defense Secretary Jim Mattis said there'd be too many bureaucratic and cost-related challenges to make it a functional branch.

But pressure to create a military space branch is unlikely to let up. The chairman of the House Armed Services Committee said he expects a Space Corps to exist in three to five years. Air Force officials haven't said whether that's possible.