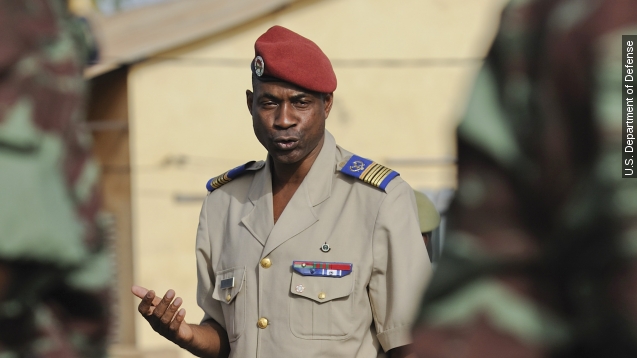 Confusion and outrage. That's what Burkina Faso voters are feeling after a military-led coup threatened the promise of elections that could put the country back on the path to democracy.

General Gilbert Diendere led the coup against the transitional government Thursday after the assembly passed a law prohibiting supporters of the previous president, Blaise Compaoré, to vote in the upcoming elections on Oct. 11.

The country's former leader, interim President Michel Kafando, was taken during the coup then later released by the military Friday. Prime Minister Isaac Zida is still under house arrest, although Diendere has promised not to harm him.

Diendere was Compaoré's chief of staff and loyal supporter throughout his 27-year rule. Compaoré's time in power ended last year after a violent popular uprising.

Violent protests in the country’s capital broke out in response to the military’s intervention. Soldiers met protesters with force; three people were killed and at least 60 were injured.

The Economic Community of West African States, the African Union and the United Nations issued a joint condemnation of the coup.

The U.S. also threatened to suspend aid to Burkina Faso if the transitional government is not reinstated.

Despite the coup, Diendere promised to have elections "soon" after the violent protests — but did not specify when.