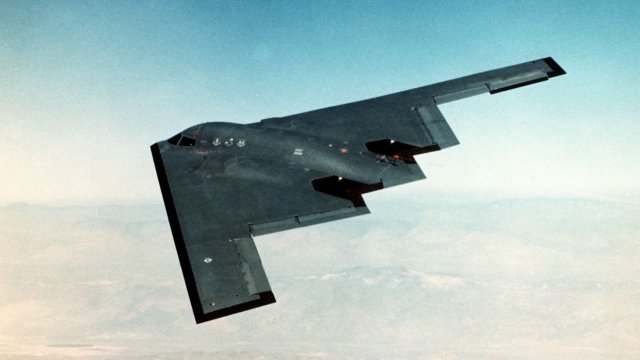 U.S. Strategic Command is apologizing for what it called a distasteful tweet made Monday night.

The now-deleted Twitter post mentioned the New Year's Eve ball drop in Times Square, saying, "...if ever needed, we are #ready to drop something much, much bigger."

The tweet, which was meant to be part of Strategic Command's year in review, also included a video of B-2 bombers dropping warheads that exploded when they hit the ground at a test range. According to a spokeswoman for the unified military force, the bombs were conventional Massive Ordnance Penetrators — large non-nuclear bombs that can be used to penetrate underground facilities.

Strategic Command is responsible for the nation's nuclear operations and missile defense, among other things.

In its apology, Strategic Command said its New Year's Eve tweet "was in poor taste and does not reflect our values."