Militants In Somalia Attack U.S. And Italy With Car Bombs And Guns 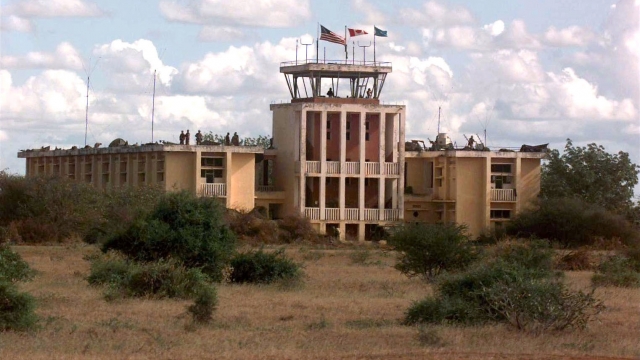 SMS
Militants In Somalia Attack U.S. And Italy With Car Bombs And Guns
By Meg Hilling
By Meg Hilling
September 30, 2019
The attacks come as Al-Shabab faces increasing pressure in the region following the loss of key areas to U.S. and Somali forces.
SHOW TRANSCRIPT

Al-Shabab, an al-Qaeda-linked militant group has claimed responsibility for attacks on a U.S. military base and an Italian military convoy in Somalia Monday.

According to CNN, the group staged a simultaneous car bomb and gun attack on the Baledogle U.S. facility 62 miles northwest of Somalia’s capital, Mogadishu. The base is reportedly used to train Somali commando units. Al-Shabab claims the U.S. uses the base to launch drone attacks in the region on them.

Meanwhile, Italian military vehicles were hit with an explosive in Mogadishu. No reports of casualties in either attack have been made.

In a statement, the U.S. Ambassador to Somalia thanked Somali security forces who repelled the attack at the base saying, "The security forces stopped this ultimately failed attack due to their alertness and swift response, not allowing the attackers to breach the outer defensive perimeters of the base."

According to CNN, the attacks come as Al-Shabab faces increasing pressure in the region following the loss of key areas and as Somali, African Union and US troops have stepped up operations against the group.