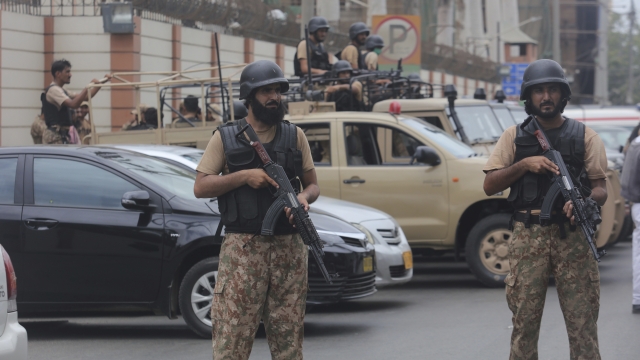 At least seven people are dead following a militant attack on the stock exchange in Karachi, Pakistan.

The Associated Press reports that Monday's attack began when gunmen armed with grenades and automatic rifles began firing on the entrance to the building. According to the outlet, the Baluchistan Liberation Army has claimed responsibility for the assault and has had a reputation for carrying out a series of attacks in the city in recent years.

Police officials on the scene say the militants appeared to have planned a long siege on the building, as food supplies were found among them following the attack.

Two guards, a police officer and all four gunmen were killed. However there are no reports of injuries or deaths among brokers or employees inside the exchange.

Contains footage from CNN. Additional reporting by Adil Jawad of the Associated Press.