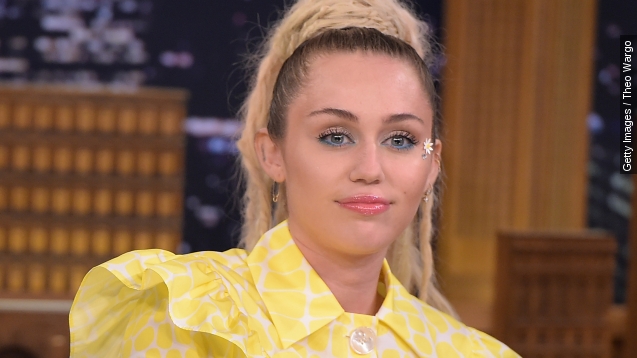 The one and only Miley Cyrus made an appearance on the "Tonight Show" Thursday night, and she soon was part of one of Fallon’s patented emotional interviews.

The two spoke in ways that ranged from extremely defensive to strictly one-word answers.

But perhaps the best one wasn’t as much an emotion as it was a grave mistake. Jimmy pretended he thought Cyrus’ first name was "Morley."

And let’s just say Mi-ley wasn’t too happy about it.

“I am an international phenomenon and my name is Miley and everyone knows that,” Cyrus said.

It’s hard to argue with that statement. Miley is currently promoting her new album, which she released for free online. (Video via Smiley Miley Inc. / Miley Cyrus)

And she’ll be hosting the season premiere of "Saturday Night Live" this week.

“Here’s what I’m wearing,” Miley said in a promo for the show, holding up a tiny piece of fabric.

“So, no pants?” Taran Killam said.

But right now, she’s showing Jimmy (or is it Jormey?) who’s boss.