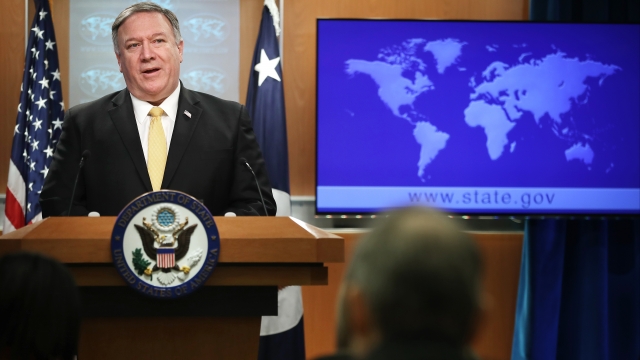 It turns out Secretary of State Mike Pompeo isn't eying a U.S. Senate seat from Kansas.

In early January. Sen. Pat Roberts announced he won't run for re-election in 2020. And a few weeks later, rumors started spreading that Pompeo, who used to represent Kansas in the House of Representatives, was considering running for his seat.

But during a TV news interview Thursday, Pompeo said he loves Kansas, but he's "ruled out" a Senate run.

Republicans have held both U.S. Senate seats in Kansas since 1939. So who is rumored to run for the Republican nomination?

The only declared candidate is state Treasurer Jake LaTurner. Jeff Colyer, who previously served as both governor and lieutenant governor, is reportedly considering a Senate run. And President Trump ally and former Kansas Secretary of State Kris Kobach also might run for the Republican nomination.