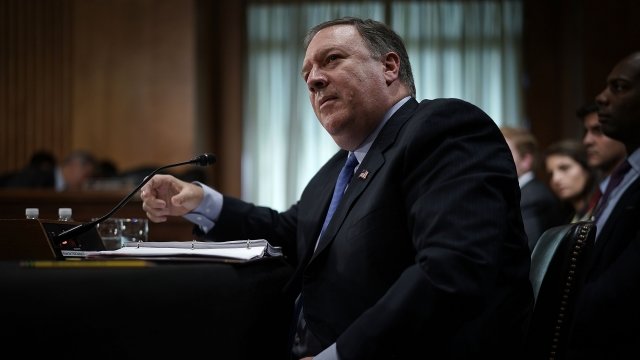 He compared it to his own meeting with North Korean leader Kim Jong-un.

"We thought it was in America's best interest not to respond tit for tat about the nature of that conversation. We knew the truth. We knew what had taken place there," Pompeo said.

Since Trump's meeting with Putin, there have been a lot of questions about what the two world leaders said to each other. Pompeo said Americans shouldn't put too much stock in the Russian account of what happened.

"It's the North Korean press, and so I assume that most reasonable people will discount it fairly significantly, the same way that one might the Russian press," Pompeo said.

The Trump administration didn't put out an official account of what happened. And Pompeo said that decision could be linked to the desire to have productive conversations with Putin in the future.

"It was just you and someone else in that room. And it was important. And you didn't give anyone a readout from it because you wanted to have the chance to do that again, because you thought you could make real progress with that person," Pompeo said.