Pence To The Rescue After Another Controversial Trump Comment 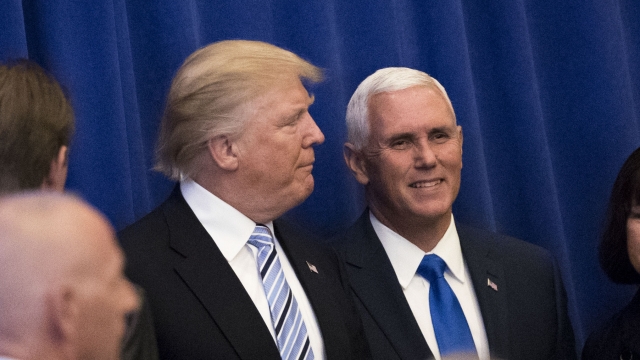 Donald Trump has doubled down on calling President Obama the "founder of ISIS." So does his running mate have the same opinion?

"Do you agree with Trump's assertion that President Obama is the 'founder of ISIS'?" asked a KUSA reporter.

"There is no question that the failed leadership of Barack Obama and Hillary Clinton on the foreign stage created the vacuum in the wider Middle East in which ISIS was able to spawn and grow," Republican vice presidential nominee Mike Pence replied.

With that answer, Mike Pence refused to use the phrase "founder of ISIS," but he defended Donald Trump's statement by saying the people of America know what Trump was trying to say.

But this isn't the first time Pence has been caught between Trump and a controversial statement.

After Trump's feud with the Khan family, Pence put out a statement clarifying the campaign's position. He wrote, "Captain Humayun Khan is an American hero and his family, like all Gold Star families, should be cherished by every American."

And after this statement, Pence again agreed with Trump's sentiment while trying to tone down the rhetoric.

"I think what Donald Trump was clearly saying was that people who cherish that right, people who believe that firearms in the hands of law-abiding citizens makes our communities more safe, not less safe, should be involved in the political process and let their voice be heard," Pence said.

At this rate — with about three months to go until the general election — Pence is going to have plenty of chances to explain Donald Trump's controversial statements.

This video includes images from Getty Images and clips from C-SPAN and CNN. Music provided courtesy of APM Music.