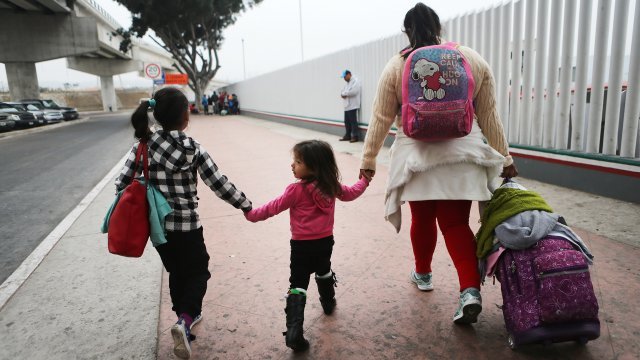 The White House announced the trip Tuesday, but details were scarce.

The meeting comes amid fierce debate about the U.S.' immigration enforcement practices along its southern border. Officials say Central American migrants especially have felt the effects of those practices.

The Trump administration implemented a "zero-tolerance" immigration policy that led to the separation of more than 2,000 children from their families. Many of those children came from Guatemala, Honduras and El Salvador.

The Trump administration has ended the practice of separating migrant children from their guardians but kept the zero-tolerance policy in place. Still, harsher immigration enforcement may not be the deterrent the administration had hoped for.

The Wall Street Journal reports many Central American migrants are fleeing gang violence and would rather seek refuge in the U.S. than suffer the conditions in their home countries. Exploring that topic may be on the agenda for Thursday's meeting.