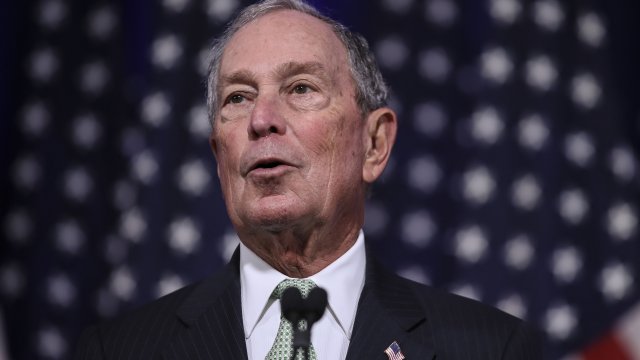 Billionaire and Democratic presidential candidate Mike Bloomberg is facing some major backlash for his previous support of stop-and-frisk during his time as mayor of New York City.

Stop-and-frisk gave officers the right to question and search someone they suspected of committing a crime. New York City police officers overwhelmingly targeted black and Latino young men and it's something that Bloomberg has spent time apologizing for on the campaign trail.

"There's one approach that in all fairness I deeply regret and it's the abuse of a police practice called stop-and-frisk and I've gotten a lot of grief for it lately," said Mike Bloomberg. "But I defended it for too long and because I didn't fully understand the unintentional pain it caused young black and brown kids and their families."

Bloomberg didn't start the policy but he did push for its use by police. During his time as mayor officers made more than 5 million stops. A federal judge ended the practice in 2013.

Melanie Campbell says race relations and criminal justice are some of the top concerns for black voters.

Bloomberg has seen his poll numbers rise nationally and among black voters despite his previous support of stop-and-frisk and past controversial comments on race and policing. His Democratic rivals have criticized him on the trail.

"His policies humiliated and offended hundreds and hundreds of thousands of people," said Sen. Bernie Sanders.

Campbell says it's important for candidates to not only present plans but for them to also listen to communities of color.

Bloomberg's campaign has put out an extensive criminal justice reform proposal that would seek to end mass incarceration, create restorative justice centers and remove barriers to economic mobility for communities of color.

"Now some things people may not be able to get passed [and] every voter has to make that decision but people want to hear solutions too," Campbell said. "They don't want to just hear [apologies], they want to hear what you're going to do to repair the damage."