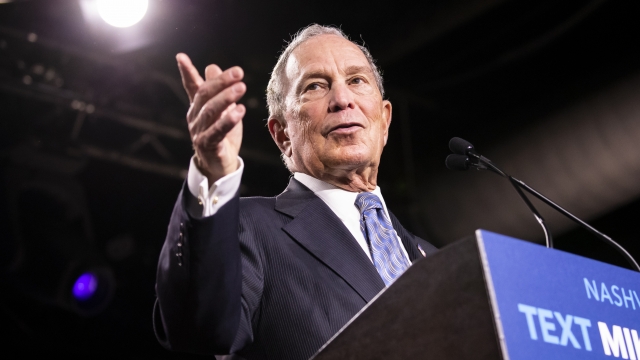 Mike Bloomberg has qualified for the Democratic primary debate in Las Vegas.

Wednesday's event will be Bloomberg's first chance to face other presidential candidates in a debate after he met the polling threshold of 10% required to participate.

According to an NPR/PBS NewsHour/Marist poll, Sen. Bernie Sanders is leading with 31 percent support, followed by Bloomberg with 19 percent.

In a statement, Bloomberg's campaign manager said, "Mike is looking forward to joining the other Democratic candidates on stage and making the case for why he's the best candidate to defeat Donald Trump and unite the country." He added, "The opportunity to discuss his workable and achievable plans for the challenges facing this country is an important part of the campaign process."

Bloomberg's debate qualification comes just days before Nevada caucuses, which he will reportedly be skipping in order to focus on connecting with other states ahead of Super Tuesday.