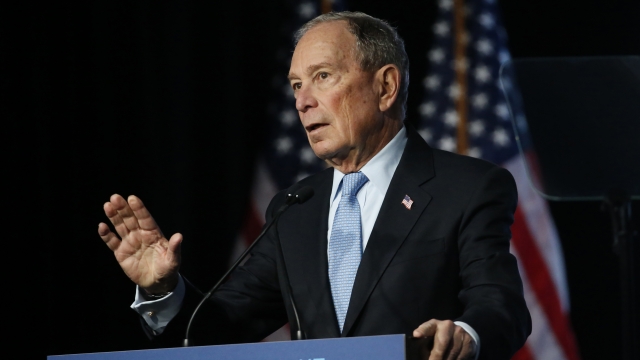 The billionaire and former New York City mayor made gun control and fighting climate change central to his campaign.

Mike Bloomberg has dropped out of the presidential race and endorsed Joe Biden, less than 24 hours after poor performances in several Super Tuesday states.

The billionaire and former New York City mayor made gun control and fighting climate change central to his campaign platform.

Bloomberg pursued an unconventional path to the Democratic presidential nomination, skipping the early-voting states and debates to focus on the delegate-rich contests in states that vote on Super Tuesday and beyond.

He spent hundreds of millions of his own money on ads across those states.

Bloomberg climbed in some national polls, an indication that his spending helped his campaign, at least to some extent.

Throughout the campaign, Bloomberg’s rivals accused him of trying to buy the presidency. He also came under fire for his previous defense of "stop-and-frisk," allegations of workplace discrimination and sexism.

In the past, Bloomberg has spent much of his personal fortune to promote Democratic causes. He vowed to use his wealth to support the eventual Democratic nominee with the goal of defeating President Trump.

In announcing his exit from the race, Bloomberg said that while he may not be the nominee, he plans to work with Biden to make him the next President of the United States.