Migrant Ship Docks In Malta After Days Stranded At Sea 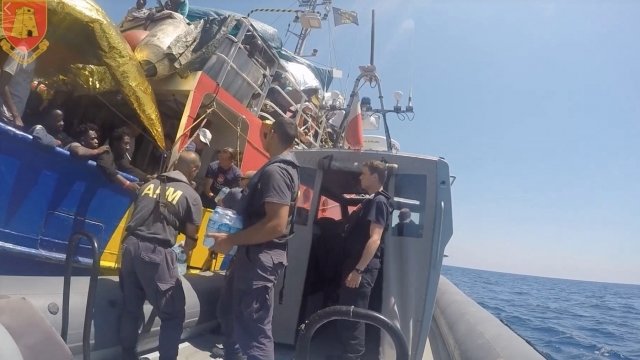 SMS
Migrant Ship Docks In Malta After Days Stranded At Sea
By James Packard
By James Packard
June 27, 2018
The ship picked up more than 200 migrants off the coast of Libya last week.
SHOW TRANSCRIPT

A ship carrying at least 230 migrants has docked in Malta after it spent days stranded in the Mediterranean Sea.

The ship is operated by a German charity. It picked up the migrants off the coast of Libya last week. It was headed toward Italy, but a new government there shut off the ports to migrant ships.

A similar ship with 630 migrants on board was kept from docking in Italy and Malta earlier this month and ended up docking in Spain.

After at least five days of uncertainty, Malta finally said it would let the ship dock on humanitarian grounds. Some of the migrants will stay in Malta. Others will go France, Ireland, Italy, Luxembourg and Portugal. Malta says it will detain the vessel while authorities investigate questions around the ship's registration and try to figure out why its transponder repeatedly turned off.