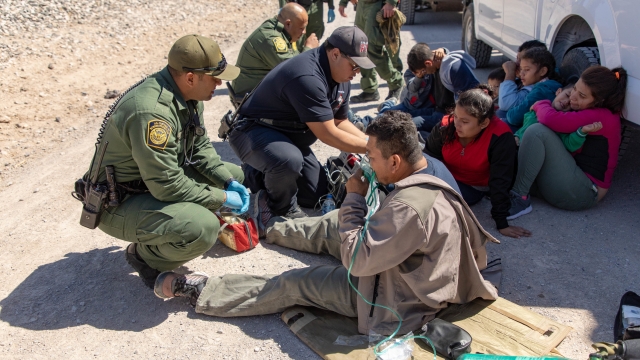 SMS
Migrant Mothers And Children Sue Over U.S. Asylum Restrictions
By LeeAnne Lowry
By LeeAnne Lowry
September 18, 2019
The lawsuit says the administration is making so many changes in asylum regulations that asylum-seekers can't keep up.
SHOW TRANSCRIPT

Back in July, the Trump administration tried to implement rules that'd sharply decrease the number of migrants who can seek asylum in the U.S. Now, 125 migrant mothers and children are suing.

There were already legal challenges against the rules. They've been blocked in the 9th circuit — impacting California and Arizona — since mid-August. But last week, the Supreme Court decided they can temporarily go into effect nationwide. According to Reuters, the legal proceedings could stretch past the 2020 elections.

Newsy obtained the suit, which was filed Monday. It doesn't challenge the restriction itself, since there is already a lawsuit challenging that. Rather, it says the administration is making so many changes to asylum regulations that asylum-seekers can't keep up with what standards they need to comply with.

Lead attorney Hassan Ahmad told Reuters: "What we're challenging is the haphazard lack of legal procedure. There's no rhyme or reason to it."