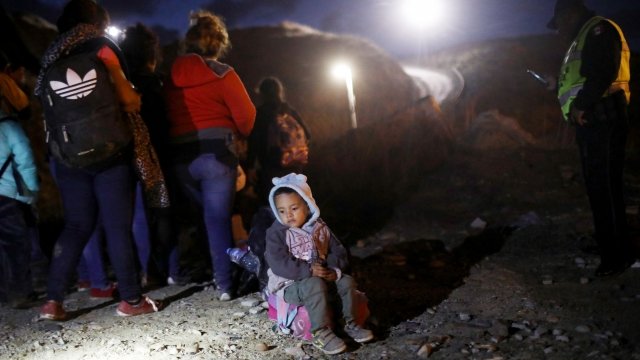 SMS
7-Year-Old Migrant Girl Died While In Border Patrol Custody
By Audrey Esther
By Audrey Esther
December 14, 2018
At least one investigation is already underway after a Guatemalan girl died while she was detained by the Department of Homeland Security.
SHOW TRANSCRIPT

The Department of Homeland Security's Inspector General is investigating the death of a 7-year-old migrant girl from Guatemala who had been in the government's custody.

The girl died last week after she and her father were detained by Border Patrol agents in a remote area of New Mexico. DHS says they had crossed illegally into the United States.

Hours after being taken into custody, the girl became sick and began vomiting. She was then flown to a hospital in El Paso where she later died from septic shock.

In a statement, the U.S. Customs and Border Protection Commissioner said "Border Patrol Agents, including trained Emergency Medical Technicians did everything in their power to provide emergency medical assistance," for the girl.

In another statement, DHS said it's "begging parents to not put themselves or their children at risk by attempting to enter illegally," and for migrants to enter the country legally at a port of entry.