A Record Number Of Migrants Died Crossing The Mediterranean In 2016 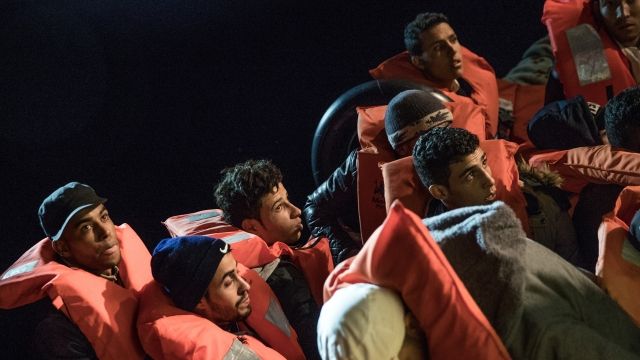 SMS
A Record Number Of Migrants Died Crossing The Mediterranean In 2016
By Lindsey Pulse
By Lindsey Pulse
December 24, 2016
The United Nations says more than 5,000 people are believed to have died in 2016.
SHOW TRANSCRIPT

A record number of migrants died in the Mediterranean Sea this year.

On Thursday, two boats sank while traveling to Italy. Officials fear at least 100 were killed when the dinghies, which are only meant to carry 20 to 30 people, collapsed.

That brings the total number of migrants killed crossing waters to Europe to more than 5,000 in 2016.

One United Nations official said it's the "worst annual death toll ever seen." In the same period last year, 3,777 deaths were recorded.

As of Dec. 19, an estimated 358,403 people had arrived in Europe after crossing the treacherous waters. Last year more than 1 million made it to Europe after making the same journey.