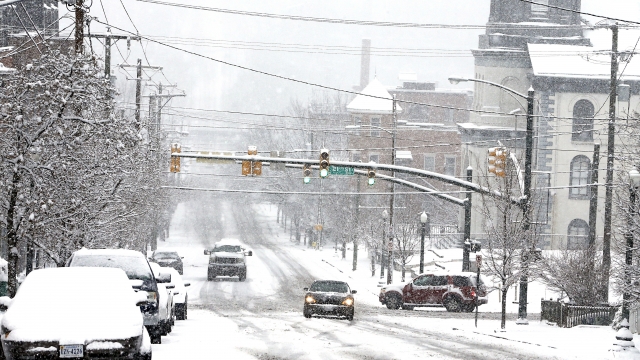 A major portion of the U.S. got a sharp slap of winter this weekend as nearly 100 million people are under winter storm advisories.

A winter storm brought several inches of snow to the Midwest and Northeast over the weekend and isn't expected to let up until Tuesday. Places like Chicago are facing about 8 inches of snow while New York is looking at a foot or more of snow in a matter of days.

New York City Mayor Bill De Blasio said, "This is not a storm to underestimate. Take it seriously. This is a serious storm."

De Blasio warned New York residents to make alternative plans for their commute during the week.

Meteorologists say the storm is one of the most "substantial" winter storms of the season, so far.