In The Midwest, Flooded Farms And Farmers Face An Uncertain Season 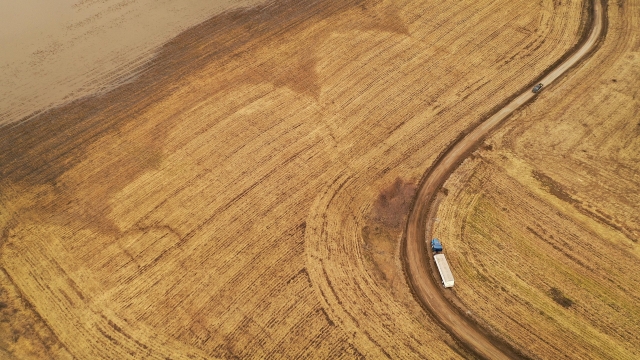 SMS
In The Midwest, Flooded Farms And Farmers Face An Uncertain Season
By Lindsey Theis
By Lindsey Theis
April 3, 2019
Flooded farms in Nebraska and elsewhere in the midwest will have to dry out before they're ready to grow the season's crops.
SHOW TRANSCRIPT

Justin Mensick is a 5th generation farmer in rural Saunders Country, Nebraska. The family farm grows soybeans, corn, and sends some 40 head of cattle to market. When he woke up March 13th, all of that was in jeopardy as flood waters washed in from the nearby Platte River.

"I sent my drone up and I just went looking to see — do we even have cows left? Where are they hiding?" Mensick said. "And then finally I got down really close to a spot where I kind of knew was high and I saw a bunch of red little bodies just chilling out surrounded by all this water. I go, 'holy crap, we might have a chance.'"

"Financially it's a big thing because cows are not very — they're not a very cheap animal to buy," Mensick said. "And then just to lose them like that is bad because if you have insurance on them, you have to have the body to get your insurance back out of it. And so if your cow washes away in the flooding you can't get any insurance money out of it."

"We're really at the beginning of dealing with this storm," said Steve Nelson, President of the Nebraska Farm Bureau. "Obviously there were some immediate needs for food, water, water for livestock, feed for livestock at the very beginning. Some of those needs continue. There are still some small towns in the state that do not have a fresh water supply. There some rural water systems that still are not up and running. And in some cases won't be for a while because pipelines need to be reconstructed these are pipelines that were washed out because of flooding."

This year the U.S. Department of Agriculture forecast farmers would plant 4.1 percent more corn than last year — but that number was based on a survey sent to farmers before the floods. Some reports have shown more than a million acres of Midwest cropland flooded for at least a week in March.

"Right now we really don't have numbers to quantify what that means. Future food costs or future availability of different supplies, we know that they will be affected," Nelson said. "I think right now more of what we're concerned about is 'how does this affect individual farmers and ranchers?'"

That's what Mensick is focused on: feeding his small herd, fixing the roads, and clearing washed up equipment on their farm. He’s also waiting for some of the wet parts to dry out. Too much moisture in the soil decreases oxygen and suffocates the roots of the crops. Typically planting season begins after the last frost — which this year’s farmer's almanac says for this area is April 27th.