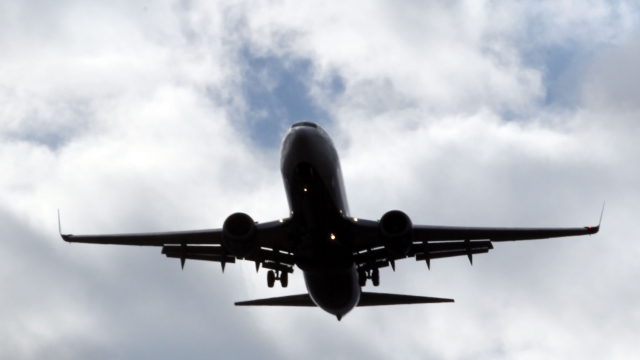 SMS
Some Airlines Cancel, Change Flights Due To U.S./Iran Tensions
By Meg Hilling
By Meg Hilling
January 8, 2020
The travel changes follow Iran's counterstrike against the U.S. for an airstrike that killed Major-General Qasem Soleimani.
SHOW TRANSCRIPT

Several commercial airlines announced they are re-routing or even canceling flights that fly near parts of the Middle East in response to growing tensions between Iran and the United States.

Air France, Singapore Airlines and Lufthansa are just some of the major companies changing their routes. It follows Tuesday's counter missile strike by Iran on military bases housing U.S. and coalition troops in Iraq. Iran says it was retaliating for an airstrike authorized by President Trump, which killed Major-General Qasem Soleimani.

That goes for U.S. airlines as well. Following Iran's missile launch Tuesday night, the Federal Aviation Administration issued notices outlining flight restrictions that prohibit U.S. civil aviation operators from operating in the airspace over Iraq, Iran and the waters of the Persian Gulf, as well as the Gulf of Oman.

Aviation experts are warning that tensions in the region place commercial flights at risk for being misidentified and potentially attacked. Meanwhile re-routed flights are expected to cost airlines quite a bit for the additional fuel that will be needed to make trips.