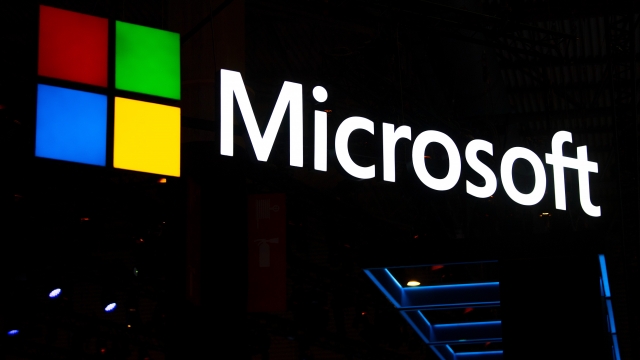 Amazon Web Services, Google, IBM, Oracle and Microsoft all put up their best for the chance to work on the Department of Defense's JEDI programming.

Microsoft has won the battle between tech giants for a $10 billion contract to work on a cloud program for the Pentagon.

Amazon Web Services, Google, IBM, Oracle and Microsoft all put up their best for the chance to work on the Department of Defense's Joint Enterprise Defense Infrastructure, or JEDI. In an effort to modernize the military, the new programming would replace older computing systems, which date back to the 80s and 90s.

The chairman of the Armed Services Subcommittee on Intelligence and Emerging Threats and Capabilities said new programming is long overdue. He said, "advanced general-purpose cloud is the industry norm, and it’s past time the Department of Defense had access to these capabilities."

Early on in the competition, experts believed Amazon Web Services would win the contract, but those hopes were shot down when President Trump began publicly criticizing Amazon CEO Jeff Bezos. People wondered if their dispute would jeopardize the outcome of the competition.

In a statement to Axios, Amazon Web Services said that despite not winning, it would continue its research in tech. The company said, "We're surprised about this conclusion. ... We remain deeply committed to continuing to innovate for the new digital battlefield where security, efficiency, resiliency, and scalability of resources can be the difference between success and failure."

Microsoft did not release a statement. The $10 billion contract will cover a span of 10 years.