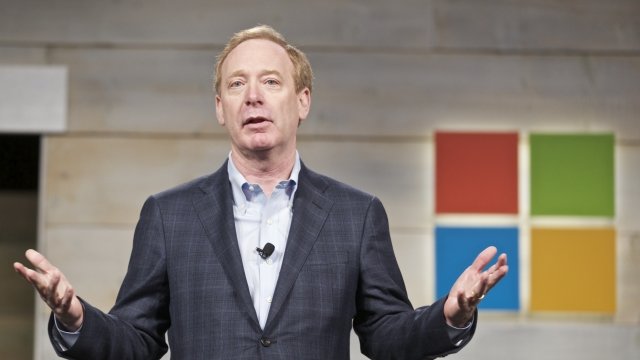 As The New York Times points out, it's not common for tech companies to request regulations on their products. But this could be a way for Microsoft to get ahead of potential government-imposed regulations in the future.

Microsoft President Brad Smith made a blog post Friday listing ideas for government regulation. He also expressed some benefits of the technology, like allowing people who are blind to know who's around them, or identifying missing children.

But as it stands now, abuse of facial recognition technology could include identifying people without their permission and tracking people and storing their information in a database for later use.

He points to the films "Minority Report" and "Enemy of the State" as examples of more advanced versions of the technology gone wrong.

In May, Amazon was asked by the ACLU to stop selling its facial recognition services to law enforcement.

Smith echoed some of their concerns, saying that without proper regulation, law enforcement may rely on "flawed or biased technological approaches to decide who to track, investigate or even arrest for a crime."