Microsoft To Sell Xbox One Without Kinect For $399 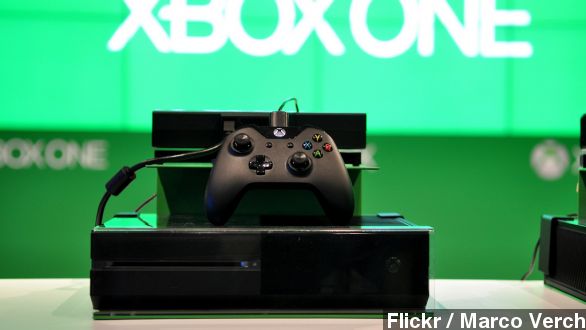 SMS
Microsoft To Sell Xbox One Without Kinect For $399

By Jay Strubberg
May 13, 2014
Microsoft will offer a basic version of Xbox One without the motion-sensing companion in an attempt to compete with Playstation's pricing.
SHOW TRANSCRIPT

If you were worried about the newest Xbox being too pricey, how's this for your wallet?: Microsoft announced Tuesday it will offer Xbox One consoles without the Kinect companion for $100 less than the earlier bundled version.

"There's a lot about Kinect that I really love, but we've also heard from people that they just like to play games with controller in hand and they play multi-player on Xbox Live." (Via Microsoft)

Microsoft is set to introduce a basic version of Xbox One without Kinect at $399 while still offering a "premium" package with the sidekick as originally planned – just at a higher dollar. (Via Wikimedia Commons / Holek, James Pfaff)

CNET also said users won't have to carry Live Gold subscriptions with the new Kinect-less version – meaning that pesky $60 annual fee can be waived. Yet users will still get some of the perks like surfing the web or jumping on Netflix, YouTube or HBO Go.

Though there'll still be some features only available for Live Gold subscribers, like the "Games with Gold" program, which dishes out games for free. (Via Microsoft)

Despite losing the hands-free features on Kinect, Microsoft said this new cheaper, basic version will still have a "technological edge" on Playstation.

Xbox Vice President for marketing, strategy and business told The New York Times: ​"People can still plug a cable television box into the console so that the Xbox One can be used to control a television. Rather than voice commands, people will have to use the joysticks and buttons on their Xbox One controllers."

But a writer for Forbes worries Kinect will now get thrown to the wayside. "Xbox One is now a souped up Xbox 360 with an updated user interface and some nifty sharing features. ... I’m worried that this move by Microsoft will stifle any possible innovation or development on the Kinect side of things."

Still, a writer for Wired said Microsoft didn't really have a choice. Since Sony Playstation 4 debuted, it's sold over seven million units worldwide while Xbox One shipped five million console to retailers, but didn't mention how many were actually sold.